Shares of Spectrum Brands Holdings Inc. (NYSE:SPB) fell 30.5%in April, according to data fromS&P Global Market Intelligence, after the parent company of brands like Rayovac, Remington, and Armor All announced a massively disappointing quarter and a new CEO.

The stock fell more than 20% on April 25, 2018, the day after its report was released. In it, the company confirmed that net sales from continuing operations (excluding the pending sales of several businesses) grew a modest 1.3% year over year to $766.1 million. But that figure was bolstered by both foreign exchange rates and sales from recent acquisitions, as organic net sales fell 3.7%. On the bottom line, that translated to a 34.9% decline in adjusted earnings per share, to $0.56.

Analysts, on average, were anticipating earnings of $0.68 per share on revenue of roughly $799 million. 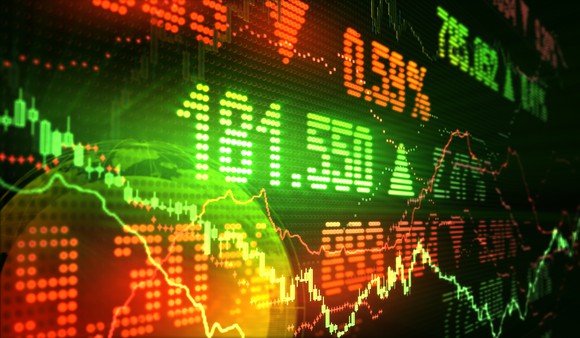 If that weren’t enough, Spectrum Brands on the same day announced that its executive chairman, David Maura, had been named CEO effective immediately. Maura took the place of Andreas Rouve, who stepped down as CEO and a director of the company.

Maura called Spectrum Brands’ performance “very disappointing,” but insisted that “it is in no way reflective of the underlying earnings power of our continuing operations.”

More specifically, Spectrum Brands experienced greater-than-expected challenges at its two green field manufacturing and distribution projects, which meant sales of roughly $30 million from in-house orders couldn’t be shipped by the end of the quarter. On top of that, sales from the company’s home and garden business were hurt by adverse weather conditions.

Spectrum Brands has taken a number of actions in response to improve the business, including consolidating its pet, home, and garden, and global auto care divisions to increase efficiency, “replaced and strengthened” certain front-line personnel at the aforementioned project facilities, and implemented improvement plans to address the temporary customer order backlogs.

Finally, in an effort to remove some of the sting and demonstrate its confidence in the long-term prospects of the business, Spectrum Brands’ board approved a new three-year, $1 billion share repurchase program. The program replaces an existing three-year authorization that had just $93 million remaining.

All things considered, there’s no denying that this was a tough quarter for Spectrum Brands. But I have to agree that the reasons underlying the plunge appear to be temporary, and I admire that the company is willing to put its money where its mouth is with the ambitious new stock repurchase program. If Spectrum Brands’ reorganization and turnaround initiatives bear fruit as expected, I think this steep pullback could be an attractive buying opportunity for patient, long-term investors.